The Plan to Protect Civil Liberties in 2020 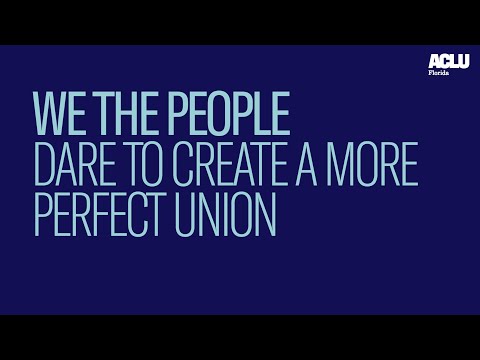 Soon after 64.55 percent of Floridians approved Amendment 4 in 2018, returning the right to vote to as many as 1.4 million returning citizens, Gov. Ron DeSantis called it “a mistake.” In other words, the will of the people was an error. He, in league with his legislative allies, set out to undermine the law, provoking the ACLU of Florida to launch a legal counterattack to preserve those sacred voting rights. Gov DeSantis later called the right to vote a “privilege.” Voting is a constitutional right, and that’s why we’re in court fighting to protect Amendment 4.

This battle to protect voting rights and Amendment 4 is just one of many which we will be fighting in Florida over the next year. In addition to perniciously enacting a law that bars hundreds of thousands of Floridians from voting, Florida’s legislature failed to address the criminal legal system’s ongoing crisis created by mass incarceration and racial disparities. The state also expressly endorsed racial and ethnic profiling and colorism by passing Senate Bill 168. In addition to codifying racial profiling and placing targets on people of color, it also wastes local resources by requiring all state law enforcement and local government officials to cooperate with Immigration Customs Enforcement (ICE), even though that is the job of the federal government.

2019 reminded us we have plenty of work to do throughout Florida to protect civil rights and liberties.

What you can do to protect civil liberties in 2020

Here’s how we plan to protect civil liberties in 2020

In November 2018, the ACLU of Florida, along with our partners, volunteers, and supporters across the state scored one of its greatest victories by playing a key role in Amendment 4’s passage, returning voting rights to 1.4 million returning citizens who had completed their sentences and probation. Conservatives in the Florida Legislature quickly passed a poll tax—Senate Bill 7066—precluding  returning citizens from registering and voting until they can pay all of their legal financial obligations, even when they have no ability to pay them. This unlawful poll tax eliminated voting rights for 80 percent of the returning citizens Amendment 4 sought to re-enfranchise. When Gov. DeSantis signed SB7066 into law the ACLU of Florida and our partners immediately filed a lawsuit challenging its discriminatory and unconstitutional denial of voting rights. Last October, we obtained a preliminary injunction that barred enforcement of SB7066’s unconstitutional provisions and gave 17 clients their ability to register to vote. And in April of this year, we will return to federal court to have SB7066 declared unconstitutional.

In addition to protecting Amendment 4’s true purpose and ending lifetime disenfranchisement for returning citizens, ACLU of Florida will also work to expand early voting across Florida and ensure voting precincts serve all Florida voters and are genuinely accessible. We will also work to prohibit the State from unlawfully rejecting vote-by-mail ballots, which arbitrarily and illegally target Black and Latino voters and young voters.

It is no secret that Florida’s criminal justice system has kept its racist roots. Continuing racial disparities exist at every level of the state’s criminal justice system. After advocates, returning citizens, and families demanded criminal justice reform for years, lawmakers finally agreed in 2019 to consider the racial impact of any new laws. But the state must commit to doing more. For example, the state continues to push its “tough on crime” policies from the 1990s, which the state’s prison authorities even admit have rendered our prisons dangerously overpopulated and don’t make our communities safer.

During the 2020 legislative session, ACLU of Florida will continue fighting to end mass incarceration, focusing our support on rehabilitation policies that prevent the revolving door of incarceration by requiring the state to address people’s underlying needs. These policies should focus on investing in people, not prisons.

Florida can incentivize rehabilitation that reduces recidivism, saves taxpayer money, and makes our communities safer by increasing the amount of rehabilitation credit, also known as “gain time,” a person can earn from 15 percent to 35 percent while incarcerated. We will also fight to end mandatory minimum sentences, which eliminated judicial discretion and created arbitrary one-size-fits-all punishments that fill our prisons and create countless injustices. Additionally, we will continue our fight to end the state’s counterproductive policy that suspends people’s driver’s licenses for failing to pay court fines and fees unrelated to driving infractions and do not consider one’s inability to pay said fines and fees. Finally, we will continue our fight to end Florida’s cash bail system that warehouses people in jail, solely because they do not have the money to buy their freedom.

For decades, politicians have failed to make common sense reforms to our broken immigration system and have failed to recognize the  basic human dignity of all immigrants. During the 2019 legislative session, Florida’s conservative lawmakers passed Senate Bill 168. SB168 codifies and endorces racial profiling, instills fear in our communities, and separates families. SB168 also requires local governments to exhaust their limited resources enforcing federal immigration policies—the job of the federal government. SB168’s enforcement only contributes to the  dangerous hostility immigrants already suffer across Florida due to the Trump Administration’s unconstitutional and discriminatory agenda against immigrants. These violations include unconstitutional ICE, CBP (Customs and Borders Protection), and state and local law enforcement practices, including prolonged pretrial detention for ICE detainees, excessive bail, and arbitrary CBP transit and traffic stops. These policies encourage racial profiling and violate the Fourth Amendment to the United States Constitution.

In 2020, the ACLU of Florida will challenge laws that deny immigrants, regardless of their status, access to due process and other legal protections. We will also fight laws that impose indefinite and mandatory detention, and policies that unlawfully target people of color and discriminate on the basis of national origin.

Last year, several states violated the Fourteenth Amendment to the United States Constitution by enacting laws to eliminate a person’s right to choose and access abortion. The ACLU challenged abortion bans in Alabama, Arkansas, Georgia, Kentucky, Missouri, Ohio and Utah, and won. In other words, the ACLU has an undefeated, 7-0 record at invalidating state abortion bans.

Every year, the Florida legislature considers different ways to ban abortion Methods the state has considered include 6-week and 20-week abortion bans. They have also tried to pass bills that would mandate young people get notarized consent from their parent or guardian or acquire a judicial waiver from the court in order to end an unintended pregnancy. These anti-choice policies are unconstitutional, unwise, and unpopular with Floridians.

Sponsors and supporters of these parental consent bills blatantly disregard existing law and constitutional limitations to curtail a person’s right to choose. For example, Florida already requires that parents be notified before an abortion. And the Florida Supreme Court  struck down a similar parental-consent law in 1989, concluding the law violated state constitutional privacy rights.

Access to safe and legal abortion is a constitutionally-protected right. Instead of interfering with personal decisions and substituting political agendas for the expertise of medical professionals, politicians should be more concerned with ensuring people have healthy pregnancies and healthy deliveries. Lawmakers should instead ensure people can raise their families in safe communities without fearing violence, starvation, and inadequate shelter and medical care for their children. Additionally, lawmakers actually committed to supporting life should endeavor to provide greater access to childcare, education, and living wages.

Trying to ban abortion in Florida will not stand on our watch. We will challenge abortion bans in Florida to protect everyone’s right to choose.

Florida has no state law that protects people from sexual orientation and gender identity discrimination  in employment, education, housing, credit, and public accommodations. Florida embarrassingly trails behind 25 states, the District of Columbia, and two United States territories that have laws protecting LGBTQ people. That Florida fails to have a state law protecting all Floridians from discrimination is outrageous.

Every year, the Florida Competitive Workforce Act, which would ban sexual orientation and gender identity discirmination in employment, housing and public accommodations, has wide-ranging bipartisan support. Yet state lawmakers have refused to pass a law that would protect hundreds of thousands of LGBTQ Floridians and their families.

Although Florida is our country’s third-largest state, it is one of a decreasing number of states that fails to offer express protections to LGBTQ+ people in employment, housing, education, credit, and public accommodations. All Floridians deserve a fair chance to live, work, and provide for their families without fear of discrimination. While our legislators refuse to pass any law protecting LGBTQ people from discrimination, they have offered multiple anti-LGBTQ bills that would make it easier for employers to discriminate against LGBTQ people and threaten the health and safety of transgender youth. Floridians simply deserve better.

We are also fighting to ensure all Floridians have equal access to medically necessary healthcare. Florida discriminates against its own dedicated, hardworking transgender employees  by categorically excluding coverage forgender-affirming healthcare through state-sponsored insurance plans. here are Floridians who do not receive the critical care they need simply because the state does not like who they are. Denying medically necessary, gender-affirming care to transgender Floridians is unconstitutional, so we’re suing right now to strike down this ban.

Florida must update its laws to protect LGBTQ people from discrimination, and we are committeed to ensuring the state protects all Floridians from all forms of discrimination.

The ACLU of Florida has been fighting for decades to ensure all Floridians have the rights and protections guaranteed by the U.S. Constitution. We need you with us to keep up this fight because our rights can’t wait. Join us by getting involved to make Florida a more equal and just place for everyone. 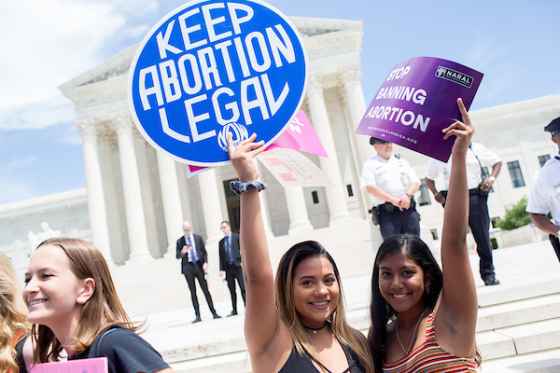 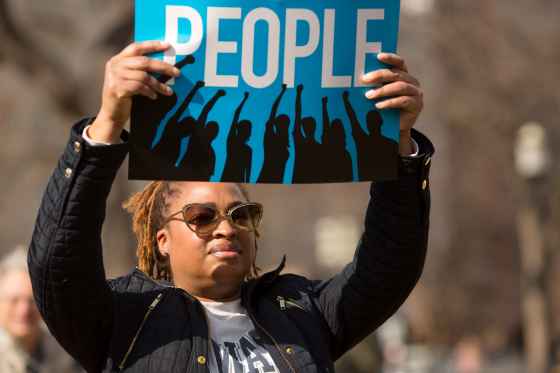