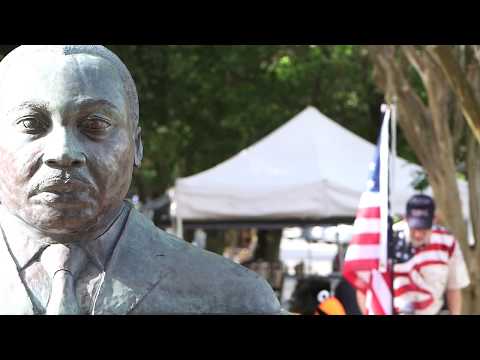 PENSACOLA, FL - Escambia County can reduce jail over-crowding, stop detaining people who have not been convicted of a crime for simply being unable to afford bail, reduce the burden on taxpayers, all without compromising public safety, according to an analysis by The American Civil Liberties Union (ACLU) of Florida.

In a report released today, “Smart Jail for Escambia: Factsheet and Recommended Solutions,” the ACLU of Florida analyzed the population detained by Escambia County as of July 31. The report finds that Escambia County’s incarceration rate is roughly 80% higher than the state average, and that the county is spending $47 million a year on jails and other costs of incarceration. The report also found that roughly half of those currently detained by the county have not been convicted and are presumed innocent. Approximately 1/3 of those detained are eligible for release, but are unable to afford monetary bail and therefore remain incarcerated simply for being unable to pay.

“Escambia County’s over-incarceration problem is a burden on taxpayers, is making the community less safe, and is ruining people’s lives,” stated ACLU of Florida staff attorney Benjamin Stevenson. “Many of the people the county is detaining are in jail simply because they cannot afford cash bail, meaning we have one system of justice for those who can afford to pay to get out jail, and one for those who can’t. These are people who are presumed innocent and have not actually been convicted of a crime.”

The cash bail system as it exists right now has resulted in hundreds of people being detained in Escambia County simply for being unable to afford to pay bail, and disproportionately impacts poorer defendants. Even if a person is ultimately not convicted of a crime, even a short stay in jail can cause a person to lose their job or miss a car payment, making it all the more difficult for them to afford bail or other fees associated with the criminal justice system.

The report recommends 14 solutions to solve the problem of overcrowding without compromising public safety. These recommendations fall into three categories: “Expand and Improve Pretrial Supervision Practices,” involving investing in lower-cost, more effective means of ensuring defendants show up for their trial-date; “Tailor Monetary Bail to its Purpose,” meaning to use bail as a means to ensure defendants appear in court rather than a means to keep them detained; and “Streamline the System from Arrest to Resolution,” which involves additional reforms to remove redundancies in the detention process.

The ACLU of Florida will present the report’s analysis and recommendations at the Escambia County Commission meeting on Thursday, August 10.

A copy of the report is available for download below or here: http://bit.ly/2wrmHCv

Why we need bail reform in Florida