There is No Trust Without Accountability: The Historic Trial of Two Police Officers in Florida

In a unique turn of events in South Florida, two trials are beginning this month and in March of police officers who have shot Black men. The first is of Nouman Raja for shooting Corey Jones in West Palm Beach; the second is Jonathan Aledda for shooting Charles Kinsey in Miami. The last time a police officer was convicted for a shooting that occurred in the line of duty in South Florida was 1993 — and that conviction was eventually overturned.

Raja is charged with manslaughter and attempted first-degree murder with a firearm. The case stems from an incident in 2015, where Corey Jones, a church musician, was stranded in the early hours of the morning on the side of I-95. He had called for roadside assistance — the tape of which will be pivotal to the prosecution of the case. Raja claims he pulled over in his unmarked car, identified himself as a police officer, but Jones produced a gun. Raja then claims he was in fear, and shot Jones three times, killing him.

The roadside assistance tape showed inconsistencies in the story that Raja told 911 and fellow officers. A judge denied Raja’s claims under the controversial ‘stand your ground’ law.  He will still assert that defense at trial - although it may be an uphill battle. The evidence will likely show Jones, alone in the dark, sees an unknown car, and someone jumping out of the car in plain clothing.  Jones, fearful that he was about to be a victim of a violent crime, produced a firearm in self-defense.

An hour south in Miami, Jonathan Aledda is standing trial on the charge of attempted manslaughter. Charles Kinsey was a behavioral therapist who was trying to coax Arnaldo Rios-Soto, an autistic man in his care, back to the group home in which Rios-Soto resides. Police responded after a neighbor mistook the toy truck Rios-Soto was playing with for a firearm. The viral video shows Kinsey laying on the ground with his hands in the air, trying to explain the situation to the officers who responded. Aledda fired one shot, hitting Kinsey in the leg.  It became clear from police radio transmissions that other officers on scene radioed that Rios-Soto did not have a gun; the officers on scene who were closest in proximity to the scene determined there was no threat. Aledda allegedly fired despite knowing this information. Ironically,  the head prosecutor who will be trying the case is the same prosecutor who in 1993 won an initial conviction of manslaughter against Miami Officer William Lozano, only to see that verdict reversed — the last time an officer stood trial for an on-duty killing in Florida.

The reason why these cases are so important is because for too long, police officers have been able to use excessive and/or deadly force without repercussions. We have seen this play out across the country with Tamir Rice, Michael Brown, John Crawford and Philando Castille — since 2015, 4,077 people have been shot and killed by police in the U.S.

With power comes great responsibility. Yes, officers go into situations that are dangerous or unknown. But they are trained (or supposed to be trained) to be able to distinguish when to use deadly or excessive force.

What’s missing in many of these officer-involved shootings is accountability.

When people see arrests occurring in their community, they see the person going to prison and being held accountable for their actions. Sometimes the evidence in the case appears thin and the subsequent sentence unduly harsh. By contrast, when police officers kill or harm someone in the line of duty the response appears to be, “Oops, I killed your loved one but I was in fear and this was in the course of my duties.” The lack of transparency around data for police shootings and the lack of consequences demolishes any trust that communities of color have in the police.

The last time a police officer in Florida stood trial for an on-duty killing was 26 years ago.

In order to rebuild community trust, there must be accountability for shootings by police officers. Local elected officials should employ the use of more independent civilian review boards with subpoena power and actual disciplinary authority. Departments should fire bad actors, without them being rehired by other departments. It then continues with prosecutors who file charges against bad-acting officers, despite the legal hurdles that are often presented. We should be expecting our prosecutors to hold officers accountable the same way they hold citizens accountable. And we should hold prosecutors accountable at the ballot box for these decisions.

While fatal encounters do occur in all communities,  they are disproportionate in communities of color and far less likely to result in accountability of any kind. These encounters with police are also not the only thing brutalizing black and brown communities. Excessive force, over-policing, minimum sentencing laws, criminalization of marijuana and non-violent drug abuse, for-profit policing, and lack of implicit bias training are equally marginalizing black and brown communities across America.

When there is no accountability for officer-involved shootings, it sends a signal to our communities that the system set up to ensure justice is served for victims of police violence is not a system they can believe in.

We await the evidence that will be revealed in both trials and hope that justice will be served for Corey, Charles, Arnaldo and the people of Florida. 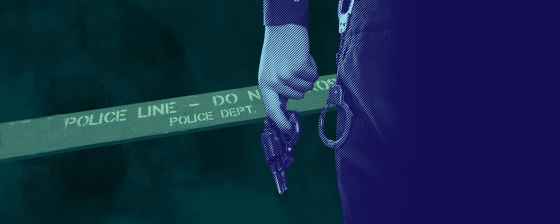