Citizens on Hold: A Look at ICE’s Flawed Detainer System in Miami-Dade County

ICE has erroneously issued a staggering number of detainers against U.S. citizens.

Miami-Dade County’s records show that between February 2017 and February 2019, ICE sent the jail 420 detainer requests for people listed as U.S. citizens, only to later cancel 83 of those requests—evidently because the agency determined, after the fact, that its targets were in fact U.S. citizens. The remaining individuals’ detainers were not canceled, and so they continued to be held for ICE to deport them.

The U.S. government enforces immigration law through an agency called Immigration and Customs Enforcement (ICE). Although ICE is one of the largest law enforcement agencies in the United States, in recent years it has relied heavily on state and local assistance to help carry out deportations. Each month, ICE sends local police thousands of detention requests, known as “detainers,” which ask police to extend a person’s detention in local jail in order to give ICE time to arrive at the jail and take custody.

This report surveys recent evidence that ICE may be regularly lodging detainers against U.S. citizens. U.S. citizens cannot be deported or detained to facilitate deportation. Yet in the last decade, ICE has erroneously issued a staggering number of detainers against U.S. citizens, asking sheriffs and police departments across the country to extend their jail time so that ICE can put them in immigration jail and eventually deport them. This disturbing pattern has been documented many times over.

These errors can have profound consequences, both for the people who are wrongly held and for the state and local agencies that hold them. As recent cases illustrate, U.S. citizens have been kept in jail away from their jobs and families, and they have faced the terror of being told they would soon be deported from their only home. Many have spent time in immigration jail, and some have even been deported. Local police and sheriffs, in turn, have faced immense litigation costs and damages liability to the U.S. citizens they have held for ICE.

Communities across the country have been deeply harmed by ICE’s detainer system. In the last decade, a number of studies have examined how regularly ICE targets U.S. citizens with detainers. Lawsuits have produced further data, as state and local law enforcement agencies have produced records showing how many U.S. citizens ICE has asked them to hold. Together, these data points paint a troubling picture of ICE’s detainer practices. 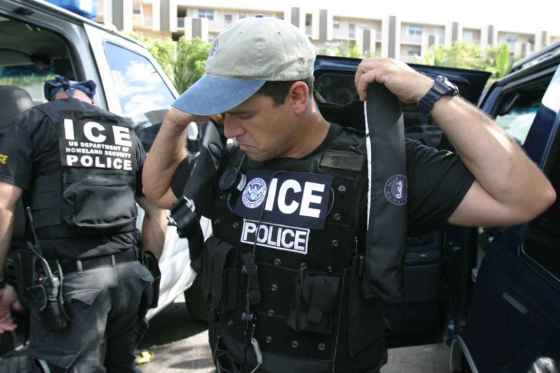