It’s a scene out of a dystopian police state: Your bus pulls into the station after a long ride, but before you can get off, law enforcement agents board and make their way down the aisle, peering at passengers. They see brown skin, or hear a foreign accent, and stop to demand identification, then proof of citizenship. Those who don’t satisfy their questions are escorted off the bus.

All across the country, Customs and Border Protection agents are boarding buses — with Greyhound’s consent — and subjecting riders to interrogation and detention based on nothing more than the color of their skin or the sound of their voice. This is not an entirely new tactic but under the Trump administration, it’s on the rise. With deportation arrests soaring and the mandate that everyone is a target, CBP’s enforcement actions have moved inland and are increasing in intensity.

Riders in Vermont, California, Washington, Arizona, and Michiganhave all reported Border patrol boardings. Unfortunately for the passengers, Greyhound has been complicit, electing to give CBP access to their buses and enabling the agents to harass and violate the rights of the people on board.

Bus riders, however, have rights. The Constitution protects everyone in this country, regardless of immigration status, from racial profiling and arbitrary searches and detentions. Rather than acquiescing to CBP’s bully tactics, Greyhound can protect its customers from discrimination and suspicionless searches. Last week, ACLU affiliates in 10 states sent Greyhound a letter urging it to deny Border Patrol agents consent to board its buses and search its passengers without a warrant.

The Fourth Amendment protects both private businesses like Greyhound and individuals like its riders. To access the nonpublic areas of a business — like a Greyhound bus, where one needs a ticket to board — immigration officials must have a warrant or Greyhound’s consent. And to detain and question passengers, the Constitution makes it clear that CBP agents need to reasonably suspect a person is subject to deportation. Crucially, Border Patrol can’t base this suspicion solely on the color of a person’s skin or on the language she speaks.

In past public statements, Greyhound has justified its cooperation with CBP with reference to a federal statute stating that, within a reasonable distance of the border, CBP agents may board vehicles without a warrant. But Greyhound has it wrong: This statute doesn’t require Greyhound to grant CBP free rein over its property.

As the Supreme Court has made clear with reference to this very law, “no Act of Congress can authorize a violation of the Constitution.” The Fourth Amendment protects Greyhound from unreasonable government searches. In other words, statute or no statute, agents still need a warrant or Greyhound’s consent to board its buses. Nothing compels Greyhound to enable Border Patrol agents’ violation of bus riders’ constitutional rights.

Greyhound can and should assert its Fourth Amendment rights and decline CBP officers consent to board its buses. It should protect families like the 12-year-old arrested on a bus in Miami or the father and his DACA-recipient son questioned as they rode from Seattle to Montana. It should uphold the principle that, in this country, we are all free to ride the bus without fear of discrimination — or deportation. 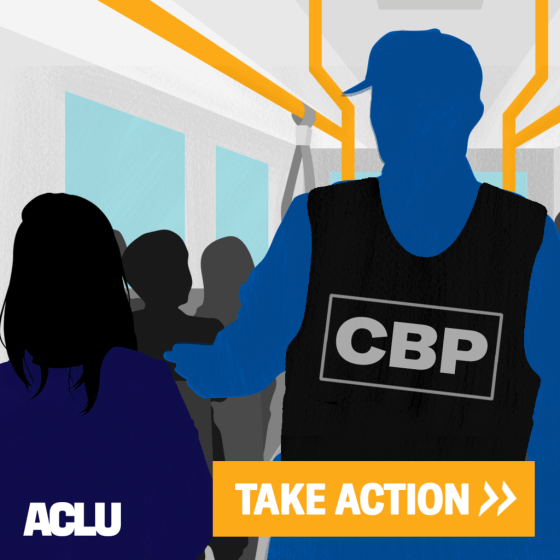 Immigration Agents on Buses and Trains