Florida Must Reassess the Role of Police in Schools

In the last two years, Florida has made national headlines for arresting little kids at school. “Please, give me a second chance,” cried one six-year-old as an officer zip-tied her wrists, too small for handcuffs, over school staff’s objections. It was his second arrest of an elementary student that day. Another officer told an eight-year-old, “Son, you know where you’re going? You’re going to jail,” and charged him with felony battery. Another officer decided to Baker Act,  a nine-year-old with autism after a meltdown. The Baker Act allows even young children like these to be involuntarily held for 72 hours and subjected to a mental health evaluation.

These are the cases that made the headlines, but tens of thousands more went unnoticed. As have the often life-changing consequences these traumatic encounters with police have had for these young lives. Florida has seen an increase in arrests at schools since the 2018 Legislature passed a measure requiring every public school to have an officer or security personnel onsite. Meanwhile, the use of the Baker Act on kids has doubled in the last 15 years.

A new study has found that the presence of police officers in Florida schools was related to an increase in school arrests. “The Cost of School Policing,” considers this and the mounting evidence that police in schools cause more harm than good, and the growing recognition that, due to increasingly stretched school budgets, teachers and administrators inappropriately rely on police officers to address discipline, public health and social service issues in schools.

Florida must repeal its mandate for schools to use precious funding to hire police officers or security personnel.

This mandate was recommended by the Marjory Stoneman Douglass (MSD) High School Public Safety Commission, formed to examine the tragic mass shooting at a Florida high school in 2018. The idea was to define lessons we could learn to prevent future mass shootings in our schools. However, the MSD Commission is made up almost entirely of law enforcement representatives, and not educators. Their decisions were made without thoroughly studying the impact police have on students in schools. In fact, the MSD Commission thwarted attempts by students to provide testimony on this impact.

The impact of this mandate is alarming:

Having police officers in schools did not reduce the number of behavioral incidents that happened; instead, it increased the likelihood that less severe incidents and incidents involving middle schoolers were reported to police.

Good intentions are not enough.

Although the rationale for embedding police officers into schools is to protect students from serious threats, there is little evidence that is what they focus on. For example, the MSD Commission found the fact that the officer on duty at Marjory Stoneman Douglas had been a school resource officer for decades may have contributed to his failure to act, despite his  training in active shooter interventions. Likewise, a study of all mass shootings that have occurred at schools since the Columbine tragedy found that the presence of police officers in a school did not lead to lower casualties.

Meanwhile, there is evidence that police officers are taking central roles in discipline and student mental health. This is inappropriate, as officers are not equipped to deal with the behavioral issues that arise in schools. What was once considered childish behavior has now too often resulted in aggressive police interactions, leading to more student arrests unnecessarily.

The consequences of policing in schools has perennially fallen most heavily on Black and brown students and those with disabilities. While unconscious bias plays a role in the fact that officers are more than twice as likely to arrest Black students in Florida, a lack of understanding of behavioral health issues likely underlies disproportionate arrest of students receiving special education. This has caused many kids to find themselves pushed out of school and into the school-to-prison pipeline. Despite this well-documented phenomenon and the fact that the assailant at Parkland was a student receiving special education services, the MSD Commission included no people of color as voting members and only one mental health professional. The result has been continued disparities in school discipline and arrests.

Between local and state spending, Florida spent $225.5 million to put police officers or armed staff into schools during the 2018-19 school year. This is double the amount spent in 2016-17, while spending on education continues to stagnate. With the impact COVID-19 is having on Florida’s economy and budget, it is likely that the state will reduce funding for schools, leaving even less funding available to support students who are under more stress than ever. Precious school funds should be used to educate our kids and connect them to the counseling and mental health services necessary for them to learn. This will do more to prevent violence on campuses than police.

Policymakers must examine the cost of school policing and account for the consequences of adding Tasers, handcuffs and guns to schools that already struggle to provide enough textbooks and now, hand sanitizer.

Florida lawmakers must repeal the mandate and return discretion over whether and how police should be involved in schools to local communities. Additionally, school districts should adopt policies, both internal and as part of memorandums of understanding with law enforcement agencies, to mitigate the harms of increased school policing:

Florida schools must invest in mental health care as a key strategy for reducing school violence.

We know that mental health issues are most likely to emerge in adolescence, and are more efficiently treated early in their development. One in five adolescents has a mental health issue that will persist into adulthood, underscoring the need to take student stress seriously in an effort to prevent worsening of symptoms.

Over time, school-based mental health and student support professionals, including school counselors, school social workers, nurses and school psychologists, have shown to be effective at identifying and addressing student needs, either through direct service or referrals. The majority of children and adolescents who receive mental and developmental health services do so at school.

Ultimately, in-school mental health staff are trained to do exactly the work the U.S. Secret Service identified as a key practice for preventing school shootings - address and end bullying in schools, identify and attend to the mental health needs of students, and foster high-quality relationships between staff and students so threats are better detected and reported.

Recognizing the power of prevention, Florida set up a Safe Schools fund years ago, which can be used for after-school programs, behavior-driven intervention programs, bullying intervention, and suicide prevention - and historically it was. But today, 98 percent of the fund pays for police officers.

Florida fails to have a uniform state policy on just what an officer working in a school should do - or what training they should have before they work with our kids. Despite this lack of training, officers often take a leading role in deciding how to respond to youth misbehavior.

There is no evidence that officers in schools are trained to be counselors, teachers, or even to police children or teens. In one survey, only a quarter of police officers stationed at schools reported having any experience working with youth before being placed in a school.

It should come as no surprise then that schools where police officers are stationed have more student arrests on campus, including increased arrests for things like disorderly conduct. During the 2018-19 school year, 1,129 arrests were made in schools for disorderly conduct—nearly four times as many as made outside of schools.

And, we know that when there are police present in schools, racial disparities also increase. Black students were four and a half times as likely to be arrested at school for disorderly conduct than their white classmates.

The current mandate has also created serious questions about the legal rights of students and their parents:

The Legislature must repeal the state mandate requiring police officers or security personnel on every campus and return control of that policy to local communities. The cost of this mandate has become too high for our schools and students to bear. 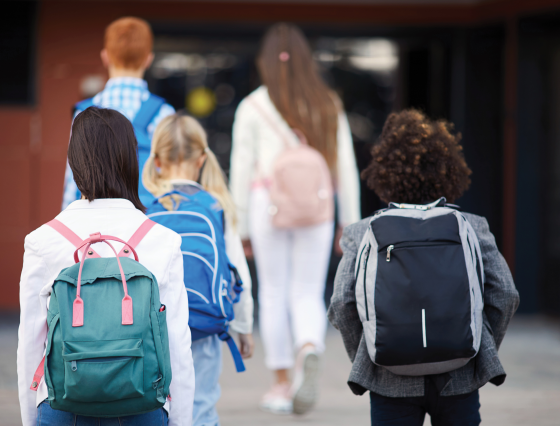