The 2019 Florida Legislature: An Attack on Civil Liberties

The 2019 Florida Legislative Session was the most dangerous and threatening to Floridians’ civil liberties and civil rights in over a decade.

Voting rights, immigrant rights, racial justice, due process, public education, school safety, citizens initiatives, and freedom of speech were all diminished in the legislature. Combine that with a failure to adopt meaningful criminal justice reforms that would have incentivized rehabilitation by adjusting the cap on gain time, reduced our overcrowded prison population, addressed racial disparities in our criminal justice system, and rectified years of excessively harsh sentencing, and you have a session in which legislators managed to inflict harm on countless Floridians from all walks of life that will be felt for generations.

Below are just a few of the most egregious bills that passed this session:

The ability to vote should not based on the size of one’s bank account.

After 64.55 percent of Floridians supported the Voting Restoration Amendment, Amendment 4 – which would have restored the right to vote to 1.4 million individuals with prior felony convictions – certain legislators dedicated themselves to thwarting the will of the people and denying voting rights to hundreds of thousands of Floridians. By making voting rights contingent upon full payment of all civil financial obligations after completion of one’s criminal sentence including probation and parole, legislators embraced the state’s Jim Crow past and conditioned an individual’s right to vote on their ability to pay. This voter suppression legislation will likely deny hundreds of thousands of Floridians the right to participate in elections solely because they don’t have enough money. The ability to vote should not based on the size of one’s bank account. Legislators chose to undermine Amendment 4 even though 5.2 million Floridians voted in favor of second chances and ending Florida’s lifetime disenfranchisement.

The majority party in the legislature passed anti-immigrant legislation that would force local law enforcement to implement ICE’s zealous and inhumane immigration detention and deportation practices. Specifically, the legislation will force all local law enforcement to blindly carry out unlawful and unreliable “detainer” requests issued by federal immigration agents against Florida residents, including U.S. Citizens and lawful permanent residents, regardless of whether the individual has committed any crime.

According to a recent ACLU report, in Miami-Dade County alone, over the past two years, Immigration and Customs Enforcement (ICE) has erroneously issued 420 detainer orders against individuals listed as U.S. citizens. Our analysis also found that a majority of the individuals detained had not been convicted of a dangerous crime.

Legislators chose to undermine the right to due process and equal treatment for Floridians by passing anti-immigrant bill SB 168, which will create a statewide environment of fear among immigrant communities and result in increased racial and ethnic profiling. The natural consequence of this legislation will be more deportations of immigrants and more immigrant parents being torn away from their children.

Returning to the failed zero tolerance policies of the past will only exacerbate the school-to-prison pipeline.

The majority party in the legislature passed legislation that would allow classroom teachers to carry guns in schools, despite widespread opposition from teachers, parents, and students across the state, including from the Florida Education Association, which represents 140,000 teachers and support staff.  More than four times as many youth died of suicide in Florida in 2017 as died in school shootings in the entire country over the last two decades. Students need support, not policing. More guns on school campuses results in more violence, not less. Moreover, returning to the failed zero tolerance policies of the past will only exacerbate the school-to-prison pipeline, as more youth — particularly youth of color, LGBTQ youth and children with disabilities —  will be pushed out of schools and into the unforgiving criminal justice system. Despite falling juvenile crime rates nationwide, arrests in schools have increased due to such zero tolerance school policies. With the passing of this legislation, Florida schools will more closely resemble prisons, and students will be more fearful and less safe.

Despite a 2006 Florida Supreme Court ruling in Bush v. Holmes that held a similar effort unconstitutional, legislators passed an expansion of the school voucher program that will allow Florida taxpayer dollars to flow to private schools, primarily private religious schools.

Diverting taxpayer dollars from public education to private religious schools raises significant constitutional concerns regarding, among other things, the separation of church and state. Additionally, passage of the bill means less money and fewer resources for already underfunded public schools.

Due to several extremely popular citizen movements in recent years that resulted in amendments to the Florida Constitution – including the recent historic Amendment 4 Voting Restoration Amendment  – legislators retaliated against the people of Florida and severely limited citizen initiative access to the ballot.

The new law will make it even more difficult for citizen initiatives to gain access to the ballot.

This new legislation creates unnecessary, unconstitutional, and overly burdensome obstacles for Floridians who wish to propose amendments to our Constitution. Florida already has one of the most burdensome citizen-initiative processes in the country.  The new law will make it even more difficult for citizen initiatives to gain access to the ballot. Among other things, it requires that paid petition gatherers register with the state and provide their personal information, including their address; precludes payment based on the number of petitions collected; and threatens ballot initiative sponsors with fines if they are late delivering petitions to elections supervisors. These new burdensome requirements and potential penalties will make it exceedingly more difficult for citizens initiative petitions to make the ballot. Additionally, it places a significant burden on core political speech and is not narrowly tailored to meet a compelling state interest.

Florida needs comprehensive reform to undo decades of over-incarceration, excessive sentencing, and systemic racial bias in our criminal justice system. This session, lawmakers took baby steps in addressing Florida’s criminal justice system that is plagued by mass incarceration, racial disparities, and a school-to-prison pipeline which ruins more young lives every year—especially the lives of children of color. While modest reforms are certainly better than no reforms, there is still a long way to go.

Contrary to the many calls and letters from Floridians, the Florida Legislature chose to advance the watered down “Florida First Step Act,” HB 7125, instead of the more robust SB 642, which contained much more meaningful criminal justice reform.

Unlike the Federal First Step Act, which, among other things, reduced prison populations, allowed for retroactivity of reforms, expanded judicial discretion to depart from mandatory minimums, expanded gain time credits and early release, and increased mental health funding, the Florida version that was passed, HB 7125, does not get a single person out of prison, nor invest a single dollar in mental health, drug treatment, rehabilitative programming or reentry services, nor allow for prior reforms or reforms contained within the bill to apply to anyone currently sitting in prison or jail.

Additionally, we sought to incentivize good behavior and rehabilitation by allowing more gain time credits to be used toward reducing an individual's sentence by adjusting the outdated 85% cap on gain time, but the legislature chose not to adopt this reform. This reform would have provided early release for as many as 7,500 individuals who have earned sentence reductions through demonstrating good behavior and who are not a threat to society, and would have saved the state more than $850 million over the next five years.

We also advocated for the legislature to proactively address the well documented racial bias in our criminal justice system. Specifically, we sought to have racial impact statements  included in the criminal justice reform bill so that we could obtain accurate information on whether reforms disproportionately impact communities of color. The legislature chose to exclude these racial impact statements.

Floridians deserve better. We deserve to be heard and to have our rights protected, and this legislative session was a disservice to civil liberties, civil rights, our constitution, and the integrity of our legislative process. 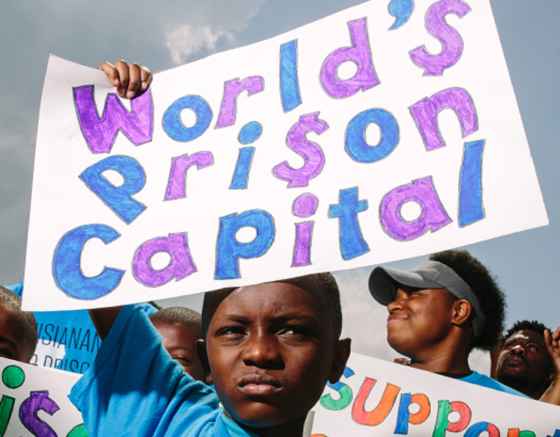