Taxation without Representation: Wrong 240 Years Ago and Wrong Today 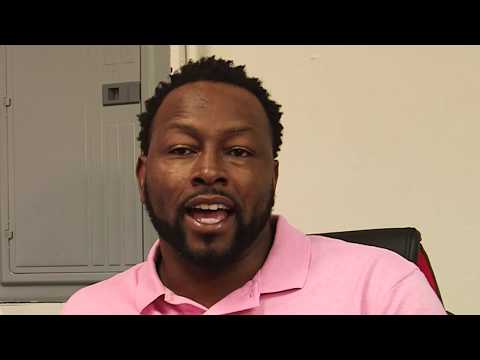 Just about everyone who studied our nation’s history will recall that rallying cry of American colonists against the British Crown that provoked the American Revolution. Those early Americans were forced to pay taxes to King George III but had no say at all in their own governance. The issue is a strand in our national DNA.

But taxing people while denying them a say on how their money is spent did not disappear completely into history. Today, in Florida, hundreds of thousands of citizens pay taxes – and have done so for years – but are denied the ability to vote in our local, state or national elections.

The reason is at a point in their past – sometimes decades ago – they were convicted of a felony. And despite having served their time in prison, completed probation, made court-ordered restitution and are now productive, taxpaying citizens, the state of Florida denies them the eligibility to vote.

According to Florida’s current clemency rules, a person completing all aspects of their sentence must still wait five to seven years before they can even apply to regain their eligibility to vote. They then join a waiting list, which as of Aug. 1 has 10,162 names on it. At the current slow rate of clemency hearings, it will take approximately 15 years for a person to have his or her case heard.

Amendment 4, on the ballot in November, would return the eligibility to vote to citizens completing all terms of their sentences, except for those convicted of homicide or sexual felonies. The amendment would supplant language currently in the Florida Constitution, which was written in 1868 and designed expressly to keep newly freed slaves from voting. Today it affects 1.4 million Floridians, most of whom are white.

Among those supporting Amendment 4 is Karen Leicht, 61, of Miami, who served 28 months in prison for conspiracy to commit insurance fraud.

“The only time in my life I’ve been arrested,” she says.

Leicht was released from prison in 2013 and has been working ever since, currently as a senior paralegal at a Miami law firm. Her tax returns document six-figure earnings. She finished probation in January 2016, and in most states, she would have been allowed to vote then.

“I’ve been making a decent salary, paying my taxes and not receiving a cent in government benefits, but I still can’t vote,” she says. “That to me is taxation without representation. More than that, everybody deserves a second chance – everybody.”

Leicht believes in second chances in more ways than one. In February, she donated a kidney to a cousin she had met only once in her life – Frank Gimbrone of Connecticut. In doing so, she gave him a second chance to live, Gimbrone says.

Keith Ivey, 45, of Jacksonville is another former prison inmate who has gone straight, pays taxes but still can’t vote.  Over 20 years ago, Ivey, then in his 20s, passed bad checks, used the IDs of other people for personal gain and violated Rico statutes. None of his crimes were violent. His last arrest was in 2003 and he spent eight and a half years in prison. He has been free for more than six years and been crime-free.

“They let me out for good behavior and I’ve been on good behavior ever since,” he says. He credits his family and church for their support.
Ivey says the guards in the halfway house where he finished his time believed that he was so rehabilitated they appointed him to raise the American flag every morning on the flagpole – outside the grounds of the facility.

Along with his father, he now runs Ivey League Used Cars in Jacksonville, a successful business.

“I pay monthly taxes, quarterly taxes, and yearly taxes, but I still can’t vote,” he says. “I would love to be a full member of society by being able to vote.”

Leicht and Ivey represent hundreds of thousands of Floridians who pay their taxes but cannot help determine who serves as their public officials and how their tax money is spent.

Taxation without representation was wrong 240 years go; it is still wrong today. Do the right thing. In November, vote “YES” on Amendment 4.

John Lantigua is an investigative journalist for the American Civil Liberties Union (ACLU) of Florida. 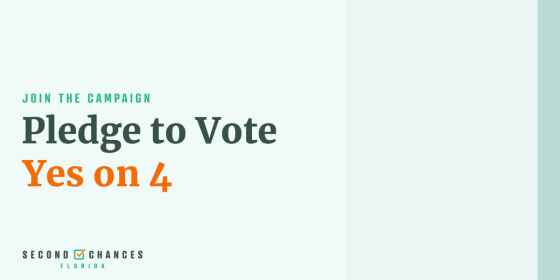