The new law was so bad that groups such as The League of Women Voters stopped registering voters entirely and two teachers were threatened with fines for registering students in their classrooms under the guise of cracking down on ‘voter fraud.’ 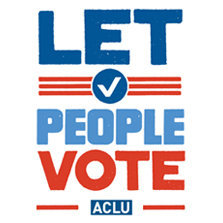 The ACLU was part of the legal team representing The League of Women Voters, Rock the Vote and other impacted groups in Constitutional challenge to the law. We argued, in part, that restricting the rights of individuals and organizations to engage in the political process without a compelling state interest was a violation of First Amendment. The judge agreed.

Clearly, as we argued from the very considering on this law in the Legislature, the goal was to make it harder for people to register to vote. And limited those opportunities has a real impact on the people who do voter registration as well as the voters and communities they engage.

Other parts of the law made it harder to vote and harder to have your vote counted. Those provisions are also under review in another case where ACLU is part of the legal team. This one is before a federal court in the District of Columbia and will determine whether the changes are legal under the U.S. Voting Rights Act because of their disproportionate impact on racial and language minorities.

Those changes and Florida’s recent and deeply flawed efforts to remove legally registered voters from the voting roles are part of a pattern in Florida to make voting harder and more complicated.

But the decision yesterday was a significant step in re-establishing the rule of law of the weight of constitutional protections in Florida’s election procedures. As the judge also wrote yesterday, “Soliciting an application [to register to vote] is core First Amendment speech.”