I was denied healthcare because I am transgender. The justification, according to the hospital, was that religious doctrine permits them to refuse transgender patients, just because of who we are.

The Trump administration agrees: Over the past few years, the government has tried to greenlight sex discrimination under the guise of religious liberty. They’re doing this through a series of policy changes targeting our access to healthcare, workplaces, schools, and other spaces that we belong in, like everybody else. It seems like the administration and discriminatory healthcare providers wish that trans people didn’t even exist, but we do, and we have medical needs just like all other people.

My story is unfortunately one of many cases of sex-based discrimination that the administration is trying to allow against LGBTQ people.

In August 2016, I was in the process of undergoing gender-affirming care through a series of medical treatments. I made an appointment to undergo a treatment at Mercy San Juan Medical Center, a hospital in the Dignity Health chain, near Sacramento, California, where I live.

Two days before my appointment date, a nurse called me to go over the details, and I mentioned that I was transgender. The very next day — a day before my procedure was supposed to take place — the hospital called my doctor to inform her that the appointment had been canceled because the procedure was related to my gender transition. When I heard the news, I was so devastated that I collapsed on the floor. Once I was able to pick myself up, I remember just stumbling around the house, blinded by my tears.

I was fortunate to be able to undergo the procedure at a different hospital. But the experience left scars. I had no idea prior to this that my local, community hospital was a Catholic hospital, or that they would argue that religious doctrine permits them to prevent doctors from providing patients with the care they need just because those patients are transgender. It should never be okay to deny transgender people — or anyone else — the care we need just because of who we are.

Dignity Health is the fifth largest health system in the U.S., with billions of dollars in revenue. But according to the Trump administration, I’m a threat to Dignity Health. My life — and the lives of every other transgender American — doesn’t seem to matter to this administration.

In California, however, the law prohibits businesses open to the general public — including hospitals — from discriminating on the basis of gender identity. In 2017, the ACLU and the law firm Covington & Burling LLP filed a lawsuit against Dignity Health on my behalf. Just last fall, a court agreed that I suffered discrimination when the hospital cancelled my surgery. The court also said that Dignity Health does not have a right to violate California’s nondiscrimination law. 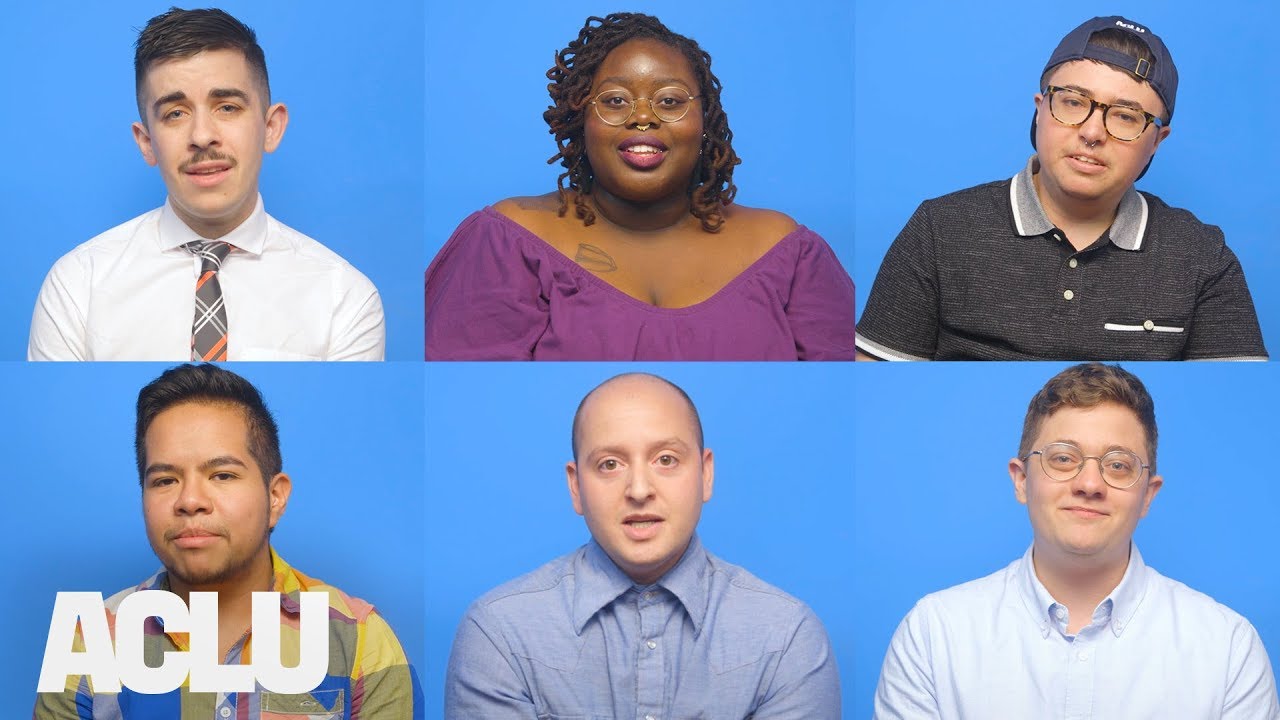 While my case has moved through the courts, the Trump administration weighed in. Less than a year after I filed my case, the Department of Health and Human Services issued the Refusal of Care Rule to support religious people and entities in limiting the care they provide to patients. HHS is supposed to protect patients and expand access to healthcare — not allow providers to use religion as a license to discriminate. In justifying their Refusal of Care Rule, the Trump administration cited three court cases that they said showed why this discriminatory rule was necessary. Mine was one of them.

My name is now in the Federal Register. The fact that the Trump administration singled me out truly knocked me down for almost a year. When I try to explain this to people, some folks think I should see this as a badge of honor; that I must be doing something right if the administration is coming after me personally. But it doesn’t feel that way to me. It’s emotionally draining, it’s overwhelming and it’s a huge burden I have to carry. The truth of the matter is that I’m still trying to process it.

The impact of the Refusal of Care Rule will reach far beyond trans people. It will profoundly impact access to reproductive health care, particularly for the millions of patients — who are disproportionately Black and Latinx — seeking options counseling and a referral for abortion in the Title X program. It’s also part of the administration’s larger goal of erasing trans people and greenlighting religious-based discrimination.

Today, I’m speaking truth to power in Congress and defending my right and my community’s right to access healthcare. Despite the repeated efforts of the Trump administration, trans people will not be erased.

We Need You With Us — help defend our civil liberties

The Plan to Protect Civil Liberties in 2020

Lawmakers Playing Politics with Trans Kids’ Lives at the Start of...