Homestead: Close the Detention Prison for Good — It’s a Human Rights Catastrophe and a Moral Abomination

This post is also published in Miami Herald and Florida Phoenix.

On Aug. 6, I and other representatives of the American Civil Liberties Union (ACLU) toured the Temporary Emergency Influx Shelter in Homestead, where undocumented migrant children had been detained.

We expected to see how the children were treated, in hopes of bringing some accountability to a place that has avoided public oversight.

But, according to staff members at the shelter, three nights before our arrival, between 1 and 7 a.m., the last of the children detained there – approximately 175 of them – were removed from the facility and sent elsewhere. They didn’t say where and gave no indication what would happen next to the kids.

The trauma and stress our government continues to subject these children to is outrageous. Some children were separated from families at the border; others endured traumatic journeys to the U.S. only to be swept into detention with no explanation of what is happening to them.

And then, the government abruptly transferred them to other locations in the middle of the night. Did senior Trump administration officials consider, or even care, how moving children this way would affect them?

The pre-dawn transfer of children out of Homestead is only the most recent indefensible incident at the facility.

Homestead has drawn national attention for being a privately operated prison for migrant children, for its enormous size, its lack of oversight, and for the inadequate conditions found there. At one point, it held some 2,700 kids.

Experts in child welfare agree that no child should be housed in a facility of that size – a place that is more like a prison than a home. They should especially not be housed there for months and months, as many children were.

A for-profit prison for migrant children in Miami-Dade County — particularly one that treats children so poorly and keeps them detained for far longer than needed — is a human rights catastrophe and a moral abomination.

Although Homestead is temporarily vacant, will the government send more migrant kids to replace those removed? It appears so.

Acting Director Jonathan Hayes, of the federal Office of Refugee Resettlement (ORR), recently said some 3,000 beds will remain ready in large influx centers, such as Homestead. The cost — to continue to operate a private prison-like detention center for children while it is currently empty— will be approximately $720,000 per day.

“Emergency influx shelters,” like Homestead, have operated with little accountability to the public, to Congress or to the law. Instead of operating according to state licensing standards, the facilities are administered according to contract terms not disclosed to the public.

In some instances, those standards are clearly inadequate.

On our tour we were told by a representative of the private company that operates the facility that of 130 teachers at Homestead, only 8 to 10 were certified. When asked why the company does not require teacher certification, she replied that they comply with ORR contract terms regarding the qualifications for teachers. But just what are those terms, and why are they so low? The public has not been told.

Is the Homestead facility complying with the ORR policy on the reporting of sexual abuse? We don’t know because ORR has failed to provide basic information to us or Congress on that policy. In fact, we don’t know the contract standards for any of the basic care and treatment of children the shelter is responsible for.

Homestead has cost taxpayers $33 million or $720,000 per day, in the weeks since it has stopped sheltering children. It is now on what is called “warm status,” which means it is prepared to receive children at any time — and likely will house children again starting this fall.

We must fight vigorously against the re-opening and new construction of mass detention centers for children, which will psychologically harm them. Floridians should make it clear that they oppose them. Local elected officials, especially in Miami-Dade County, must champion that fight.

Under public pressure, federal officials have recently changed policies to expedite the release of children to appropriate sponsors and significantly decrease the average length of time children spend in ORR custody. We must keep up that pressure.

In addition, we must pressure the federal government to abandon mass detention sites and instead work with nonprofit providers to establish small, state-licensed, permanent shelters and care programs, with established models of family-like and trauma-informed foster care, driven by the best interests of the child. These shelters are more accountable, transparent, and appropriate for the care of children.

And while we advocate for these reforms, we must continue to make it loud and clear that policies that allow for separating children from their families or detaining children for long periods of time are unacceptable and that we will not stand for it.

The continued existence of the Homestead detention facility and others like it brings shame to our state and our nation.

Our government must do better. Our humanity demands it.

Kick Ice Out of Our Communities 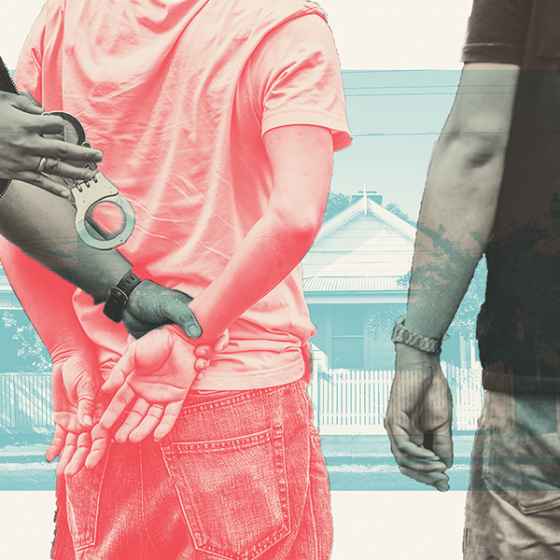