Amendment 2 is about Care for Patients – Like My Mother

For many Floridians, the end of October is about claiming their red or blue affiliations, but for me the color of the season is pink. For me the pink ribbon, the universal symbol for Breast Cancer Awareness, is about more than a walk or fundraiser. When I see pink I think of my mother, who for the second time is fighting stage four metastasized breast cancer.

But with all of the coverage of this year’s gubernatorial race (including #fangate), an important constitutional amendment that could help patients like my mother is getting little attention, and it needs your support.

Amendment 2 would legalize the prescribing of marijuana for medical purposes, such as the incurable cancer my mother is fighting.

My family has been approached by hospice care workers three times over the last fifteen months who have presented countless treatments, and an unbelievable amount of medications to “make her comfortable” and “preserve her quality of life.” The medications alone are taking a toll. She lost over a hundred pounds in a matter of months, stopped eating, underwent more than twenty blood transfusions, and suffers from kidney and liver failure.

Medical care is a decision between patients and their doctors – the government and politicians need to stand aside. So far 21 states and the District of Columbia have stood up for patient’s rights and legalized medicinal marijuana, and Florida needs to be the 22nd state.

Thankfully, my mother lives in one of those 21 states, Michigan. When it seemed like the medications were killing her faster than the cancer, my family had the option of talking with my mother’s medical team to explore medicinal marijuana. She was able to receive a prescription for medicinal marijuana from her doctor as an alternative to others that made her feel worse. 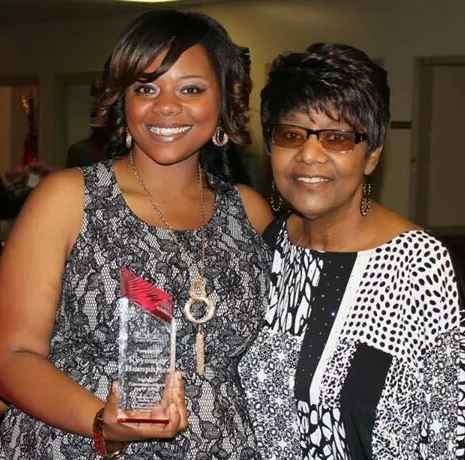 Keyontay (left) with her mother

The prescription will not cure my mother’s cancer, but I believe it has given her more time to enjoy our family and a better quality of life. She’s no longer confined to a bed and bathroom. She doesn’t suffer from nightmares, mood swings, anxiety, paranoia, nausea, vomiting, depilating constipation, migraines, body swelling, and the countless other side effects of the numerous pills that she would take daily.

I am thankful that my mother and her doctor had the opportunity to explore all of her options for care and treatment.

Right now medical marijuana is generally illegal in Florida. Although this year, the legislature made a very narrow exception for a single strain of marijuana called “Charlotte’s Web,” Amendment 2 is broader, empowering doctors to decide whether and what type of marijuana to prescribe depending on what “debilitating medical condition” their patients have. Other strains that Floridians could legalize with Amendment 2 are used to treat the symptoms of HIV/AIDS, hepatitis, Parkinson’s, Crohn’s disease and multiple sclerosis, and there is no good public policy reason for politicians to play doctor and deny care to patients with these diseases.

Contrary to what opponents will tell you, Amendment 2 will not create a pot free-for-all. The amendment requires a sick individual to obtain an identification card from the Florida Department of Health, secure a prescription from a physician, and then purchase it from a state-registered Medical Marijuana Treatment Center.  This will all be regulated by Florida’s Department of Health under rules set out within six months of passage.

Voting “yes” on Amendment 2 is a vote for informed care, choice, and celebrating life at its most vulnerable time.

So when you go into the voting booth and cast your vote, make sure to vote “yes” on Amendment 2. The medical benefits of marijuana are widely recognized and it’s time that patients and doctors decide whether it is an appropriate treatment- not the politicians in Tallahassee.

Commit to vote in the Midterm election

Mississippi Voters Are Fighting for Fair Representation on the...