Six-year-olds never seem to run out of questions, and my son is no exception. But in August, CJ asked me a question that was harder than the rest: He wanted to know if there was something wrong with his hair.

As a father, I’d tried to shield him from racism for as long as I could. But we had just been turned away in humiliating fashion from A Book’s Christian Academy in Apopka, Florida, on the first day of classes. The school’s administrators, led by John Book, barred CJ from entering the building because of his locs. They treated him like a leper, and then they gave me an ultimatum: my son’s hairstyle or his schooling.

I was bewildered that the all-white staff in charge of a predominantly Black school would have the audacity to shame something so closely tied to Black identity. In the months since the degrading ordeal, I’ve given a lot of thought to what I should do. And in that time, Book has made it clear that harmless affirmations of Black cultural pride remain unwelcome at his school.

And so today, I’ve decided to pursue legal action with the help of the ACLU and NAACP Legal Defense Fund. It’s not right for a school to take taxpayer dollars while singling out and shaming Black natural hair. On behalf of my son and other Black children in my community, I'm urging the Florida Department of Education to hold A Book's Christian Academy accountable.

The encounter at school was the first time it ever crossed CJ’s mind that anyone might consider him unworthy based on his hair. We live in an African-American neighborhood, where locs are a source of pride rather than shame. CJ was four when he told me and his mother that he wanted to wear the hairstyle. He was inspired by his godfather, whom he considered a hero.

I told CJ that he could start growing locs on the condition that he first learn how to spell. I didn’t make it easy for him. I wrote four columns, 10 words each, on a piece of paper. Four-year-old CJ learned these words in less than a week. It turns out that I'd underestimated this boy's intellect and drive.

I warned him that growing locs isn’t something to take lightly. The hairstyle has biblical and, in the Black community, significant cultural foundations. Beyond that, it would require the tedious routine of retwisting, washing, and conditioning. Could a 4-year-old have that kind of patience?

I would soon find out. After CJ learned the 40 words, I kept my promise and allowed him to start growing his hair. The journey had its pains. He’s tender-headed, so he would cry while the loctitian yanked at his roots. But he endured the throbbing. He wanted it that badly.

CJ watched in wonder as his locs took shape by kindergarten. His hair represented the first tangible proof in his young life that hard work pays off. He was bursting with pride. And so was I.

But pride turned to embarrassment on August 13, 2018. The day began on an exciting note, as CJ was starting first grade at a new school. His mother and I chose A Book's Christian Academy because it promised smaller classes and more individual attention for our talented son. His mother and I could only afford the hefty tuition with the help of Florida's state scholarship program. Most students rely on the program to attend A Book’s school, which Book himself has described as “95 percent Black.”

For CJ, first grade was a long-awaited opportunity to make new friends, and so he was on his best behavior. He wore a tie, a backpack, and a crisp shirt that I tucked in right before we went inside to meet the teachers.

I pleaded with the administrators to accept my son as he is. But they insisted that his collar-length hair violated their decades-long dress code, nevermind a YouTube commercial for the school showing a white boy with shoulder-length hair.

CJ stood outside the doorway. He absorbed what it meant to be rejected because he was considered a distraction. It's a piece of innocence that was lost too young.

Still, he thought he could fix the problem. “Daddy, can I just pull it up in a ponytail?” he asked as we walked back to the car. “Can I just put it in braids?”

It broke my heart to tell him that the school had refused even these compromises. Despite what they said, it was clear the problem wasn't the length. They wanted our scholarship money — but they also wanted the power to control, and muffle, a child’s Blackness, the Blackness so visibly expressed by CJ’s kinky hair.

I won’t stand by as schools like A Book's Christian Academy financially benefit from Black student enrollment while showing a disdain for Black students who bring their whole selves to class. There is something terribly wrong with grooming codes that don't respect the cultures of their student bodies. The problem is not my son's hair. The problem is a school policy that doesn’t accept my son, and others like him, for who they are. 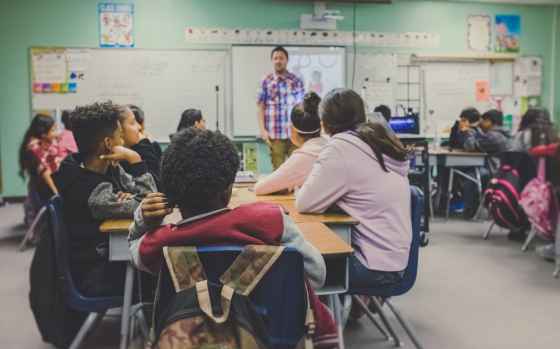 Know Your Rights: A Handbook for Public School Students in Florida