A Global Mass Movement for the 21st Century

At the 2001 United Nations Conference on Race and Xenophobia in Durban, South Africa, it was evident that the reparations struggle would evolve into the greatest and most transforming political and moral movement of the 21st century. The evidence rises like the morning sun every day to solidify this truth. Enlightenment follows where ever this discourse is raised and demands are made. The world it seems, after centuries of hosting and harboring the greatest human crimes and criminals, is now ready to make up its mind.

Chickens of this character never come home to roost. They have to be pursued and forced to face the light of the new dawn. There is no container on Earth large enough to conceal the dust and debris of the crime. Beneficiaries enriched by slave-based economies and societies and their descendants and inheritors have always wished to discredit and bury the evidence. But there is no containing the truth that everywhere in the enslaved and colonized world where white folks made fantastic fortunes, the presence of brutalized Black folks cannot be denied.

This 21st-century reparations movement is the Fourth Rising of Black folks. In the First Rising, we resolved with righteous indignation as a people to overthrow the crime of chattel enslavement, that unprecedented toxic system of social and economic plundering that polluted the world in the aftermath of Columbus' Atlantic adventures.

In the Americas, from Alaska to Argentina, every white-controlled society was determined to genocidally dispose of Indigenous people and to proceed to build social and production systems on the basis of African chattel enslavement. Uprooting these systems by force of arms was the resolve of the enslaved African. The result was a 400-year war — one protracted struggle across a continent — to end the abomination and barbarity and to allow freedom to reign. It took near 100 years to secure the legal uprooting of the evil. First in Haiti in 1804, then through most of the Caribbean and the United States in the mid-19th century, and finally in Brazil and Cuba in the last quarter of that century, as legislators sought to extract liberty from slavery.

The Second Rising came in the century after emancipation legislation. Enslavers, by legislation, had transformed the status of Africans from chattel property to a chased and chastised community without equal civil rights. They were converted into persons to be racially persecuted, politically pushed aside, and continually plundered for their labor. Emancipation enunciations suggested that enslavers believed black folks had fought their way out of the fire and jumped into the pan.

Everywhere freedom was achieved, a new war of laws was passed to limit the liberty of the liberated. The purpose of political and social containment was to continue the economics of extraction from the Black community. The nature of public institutional life in the United States, Canada, the Caribbean, Brazil, and beyond was the same; Black folks were held back by governments, federal and municipal, while white folks entrenched themselves through wealth extraction from the Black community. In so doing, they soared to hegemonic heights as controllers of corporate entrepreneurship and political leadership.

Thus began the eruption of the first stage of the Third Rising of Black civil rights struggles led by a committed core of Black youth sworn to tear down the most visible barriers to collective progress. From Frederick Douglas and W.E.B. Dubois to Marcus Garvey, the struggle against the continuation of plantation America, including its urban incarnation, knew no boundaries.

The second stage of the Third Rising, and immediate extension, in the 1960s was a watershed that had as its mission the final uprooting of the vestiges of enslavement. Including Malcolm X, Martin Luther King, Kwame Ture, this struggle continues today in multiple forms, with Black Lives Matter and other grassroots movements, small and grand. Together they confront legacies of racist legislation with a new sense of community indignation. 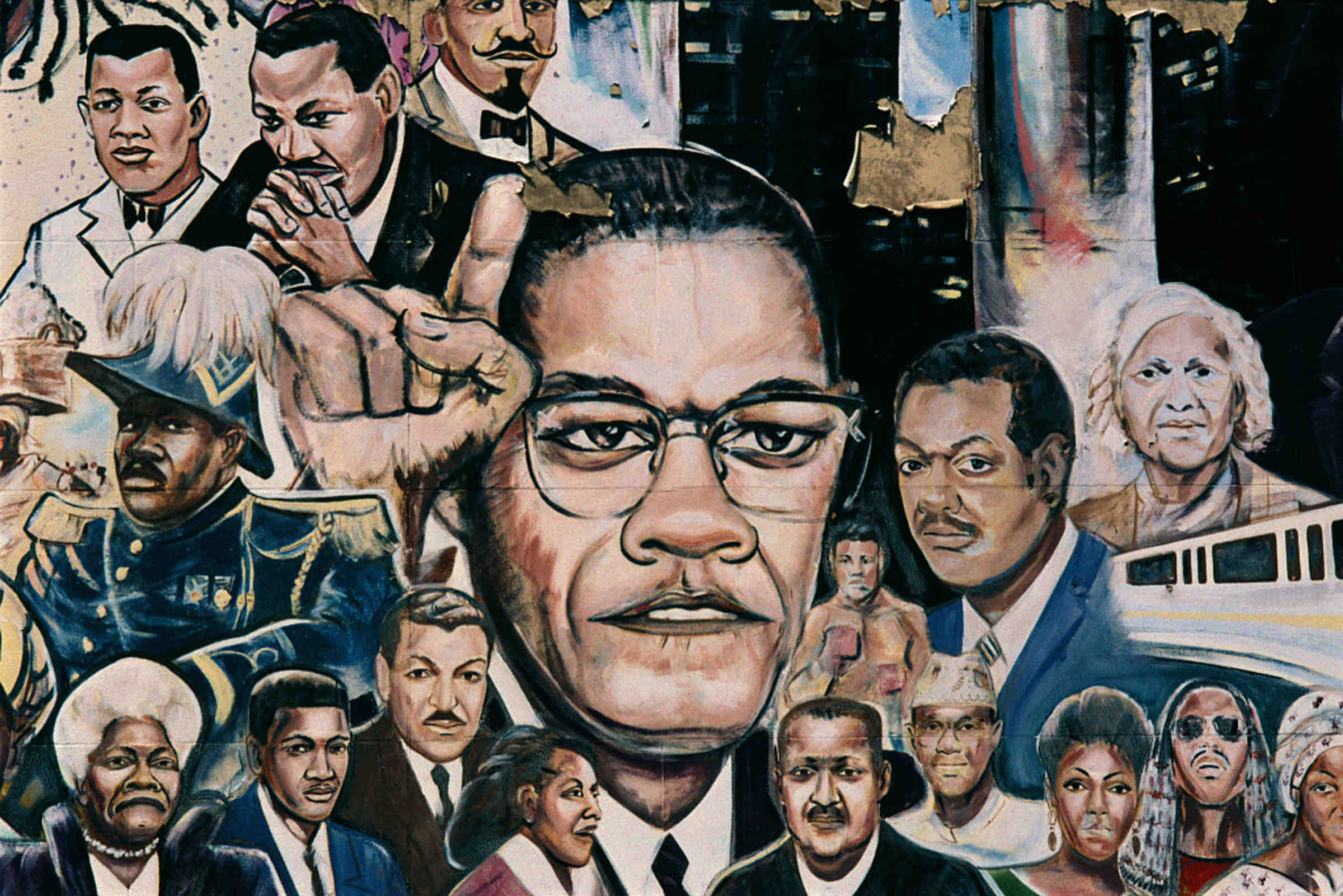 And here we are today, preparing the groundwork for the Fourth Rising. Determined descendants, with backs against the walls of this living past, are looking into a seemingly unyielding future, demanding reparations from those intergenerational beneficiaries of this crime against humanity. Participatory governments, corporations, institutions, and private citizens, beneficiaries of the bounty, now ponder their stance in the face of the call for reparatory justice. Once again, the enigma of time, and the certainty of its logic, is calling upon our doubtful majority to rise to the emerging enlightenment.

Black peoples’ courageous struggle for freedom post-Middle Passage, and their persistent demand for reparations, are more than sequential streams flowing toward an inevitable sea of justice. The mighty Atlantic that separates the old and new worlds could not absorb so much Black blood and remain just an ocean. No planet could absorb that much pain and remain the same. The global crime of Black enslavement converted the Atlantic into a theater where the epic drama for reparations will be staged.

The Fourth Rising is a calling to cleanse souls within toxic societies across the seas. The demand for reparations are now heard everywhere the hurt was felt. It is the sound of people in an emerging century looking for legitimacy and respect. The enslavers’ lies have been laid bare. As the crime of racial slavery becomes better understood, its dimensions discovered, and its truths more clearly revealed, the calls of the Fourth Rising will further resonate. 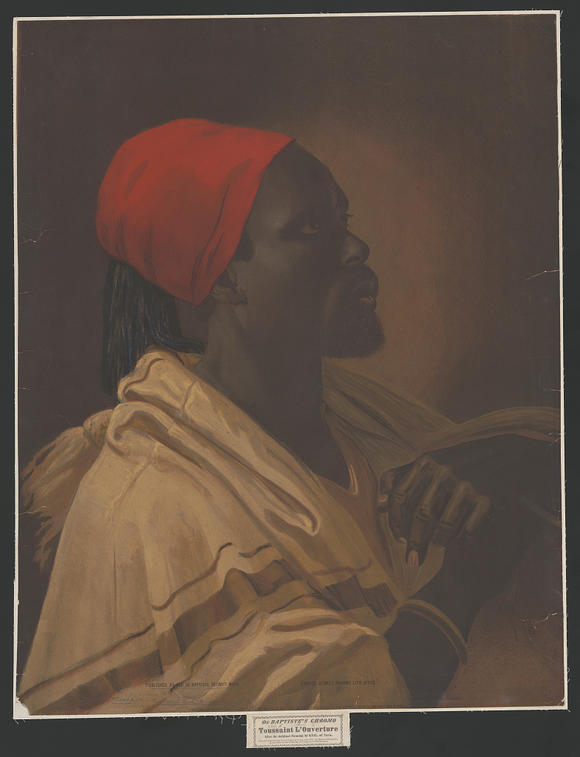 For 400 years, Western nations reaped the rewards of their crime. They covered up the corruption of their culture with the cash carried from plantations to palaces and into the plush, spreading suburbs. Those rewards built an imperial empire and energized domestic industry. Politicians and their parliaments deceived peasants and proletariat into believing that the crimes would go unnoticed and exist in a world beyond litigation. The wealthy bled and buried millions of Black bodies until the uprising led by Toussaint L’Ouverture in 1791 proclaimed no more! Since that decade, every day each generation of Africans has made the call: Reparations now!

There were no surprises in the responses of enslavers. France, for example, defeated by Toussaint L’Ouverture’s army, without shame, framed its response to reparations with the argument that self-liberated Haitians should pay reparations to their defeated enslavers. For a century, the French, supported by the Americans, bled Haiti’s economy with reparations payments they demanded.

Britain followed, legislating a reparations plan for enslavers, within the emancipation act, in which the enslaved paid 52 percent of the cost. This racist act, in which enslaved Africans were defined as property and their owners worthy of property compensation, further raped and plundered the enslaved. Freedom without reparations, liberty without land, and an illusion of equality without a reality of equity became the norm. Governments forged a new kind of slavery that spawned racial apartheid as the social model for the 20th century.

Sir Arthur Lewis, Nobel laureate in economics, wrote in a 1939 publication, “Labour in the West Indies,” that the centuries of unpaid labor enslavers extracted from Africans remains a debt to be repaid. The reparations movement now embraces and celebrates this fundamental truth. There can be no sustainable global order or healing without acknowledgment and action around this truth and the implementation of a global reparations economic plan.

The 21st century will know no greater mass movement. Reparations is no longer a matter of if, but when. Mandela said it best: It is always impossible until it happens; it is always “never in my life time” until it comes and enlivens my life and time. History moves slowly across the terrain of freedom, and then without notice, it moves suddenly, swiftly, and irretrievably. The volcano rumbles in the distance then it erupts in our presence. Reparations represent reason and resolution. The word calls upon the reasonable to be resolute, to write and to speak, and, critically, to contribute.

SEND YOUR MESSAGE TO CONGRESS IN SUPPORT OF H.R. 40

Hilary Beckles is the vice-chancellor of the University of the West Indies, a chairman at the CARICOM Reparations Commission, and the author of many books, including “Britain’s Black Debt: Reparations for Caribbean Slavery and Native Genocide.”