This was originally published by Tampa Bay Times.

While more than 30 states and the federal government have passed criminal justice reforms to reduce the prison population, save tax dollars, and invest in programs to prevent crime and reduce recidivism, Florida has moved in the opposite direction. In 2018, under then-Gov. Rick Scott, the Florida Department of Corrections cut $28 million in substance abuse and re-entry programming because of a budget shortfall. These are the kinds of programs that prevent crime, help formerly incarcerated people find success and keep all of us safe. It is time to invest in these services, not cut them.

Florida lawmakers are finally recognizing that our state’s over-reliance on mass incarceration is unsustainable, ineffective and a threat to public safety. The Legislature is poised to push for some modest reforms in the Florida First Step Act. Unlike the federal First Step Act, the Florida version doesn’t include any investment in mental health services, substance abuse treatment, educational programs or job training, much less get anyone out of prison.

• Eliminate carve-outs so people with a previous conviction who have already served their time can be eligible for judicial discretion in sentencing and have the same opportunities to earn gain time toward an earlier release date.

• Increase the current cap of 15 percent on gain time to incentivize good behavior and rehabilitation.

• Fully fund the Department of Corrections, including previously cut mental health and substance abuse treatment funding and an additional $25 million to create opportunities for rehabilitation.

• Ensure that technical violations of probation or parole do not result in returning to jail or prison.

Reforms that overlook the outsized impact of the criminal justice system on communities of color are not ones that our Legislature should support. Every person deserves a second chance. And Floridians deserve better justice. 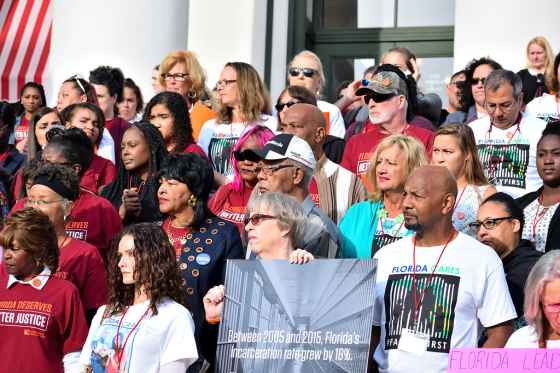