For Students of Color with Disabilities, Equity Delayed Is Equity Denied

A core promise of the Individuals with Disabilities Education Act is that a child with disabilities will receive a free, appropriate public education in the least restrictive environment possible. This requirement is a matter of civil rights and equity: It ensures that children do not receive a substandard education because they have a disability.

In 2004, Congress included another promise of equity when it reauthorized the IDEA by requiring states and the Department of Education to address racial and ethnic disproportionality in special education. To date, that promise has gone unfulfilled. And now, Secretary of Education Betsy DeVos wants to press pause on the effort to fulfill it.

“Significant disproportionality” is a term that describes when school districts “identify, place in more restrictive settings, or discipline children from any racial or ethnic group at markedly higher rates than their peers.” The IDEA requires states to determine whether there are disproportionalities in state or in local educational agencies and to make necessary adjustments in policies and practices.

Recognizing these disparities is hugely important because they can be indicators of over-identification, under-identification, or misidentification of disabilities. In any of these cases, students with disabilities may miss out on opportunities to receive needed and appropriate services. Moreover, over-identification of students of color turns special education into a tool of segregation because these students are more often placed in restrictive settings, suspended, and expelled. Instead of spending time in the classroom learning with their peers, they may make contact with the school-to-prison pipeline.

Despite the requirement to track disproportionality, the question of how states should actually do so remained. Without a standard approach for measuring, states’ findings did not reflect reality.

Yet, in 2010, only two percent of districts were identified as having significant disproportionality, and, according to a 2013 Government Accountability Office report, nearly half of all states during the 2010-11 school year did not require any districts to address this issue.

The same report recommended that the Department of Education develop a standard approach for defining significant disproportionality. The department did so in 2016 through its Equity in IDEA regulations, which set a common standard for states to measure disproportionality, clarified states’ responsibilities for addressing disproportionality in discipline, and provided states flexibility in how to use funds to address these issues. States had until July 1 of this year to comply.

The department’s current proposal, though, would move that compliance date back by two years in order to, essentially, re-examine the approach of the Equity in IDEA regulations. This is an entirely unnecessary action given that the public and stakeholders weighed in on the issue during the 2016 rulemaking process. It is also an action that will create confusion for state and local education agencies that have begun the work to implement the regulations.

Most importantly, it is unjust because it suggests, as the National Association of State Directors of Special Education wrote, “that the identification and redress of significant disproportionality can be put on hold.”

It cannot and should not be on hold any longer. The ACLU and ACLU state affiliates from across the country communicated this position to the department in comments that strongly opposed the proposed delay. We instead called for swift and continued implementation of the Equity in IDEA regulations, which would demonstrate a strong commitment to addressing disproportionality as part of a broader effort toward educational equity.

It’s important to remember that Congress passed the requirement to address significant disproportionality more than a decade ago, and since then state action has been inconsistent and inadequate. The Equity in IDEA regulations were designed to ensure consistency with enough built-in flexibility for states to implement them fairly.

Delaying the compliance date is not a harmless administrative change. It means that states will continue to inconsistently and ineffectively measure significant disproportionality, and students — particularly of color — will suffer the consequences. Students can’t receive a proper education if they’re incorrectly identified as having a disability and inappropriately disciplined and removed from the classroom.

Congress: Don't pass a bill that excludes people with disabilities 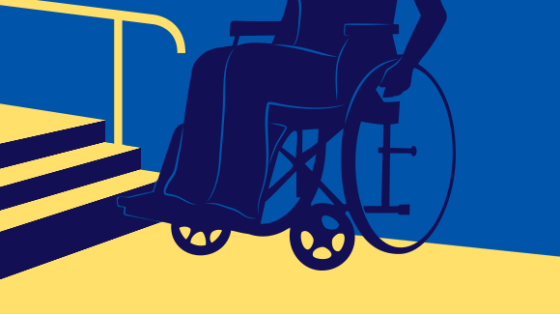